Doomsday Preppers In the Church 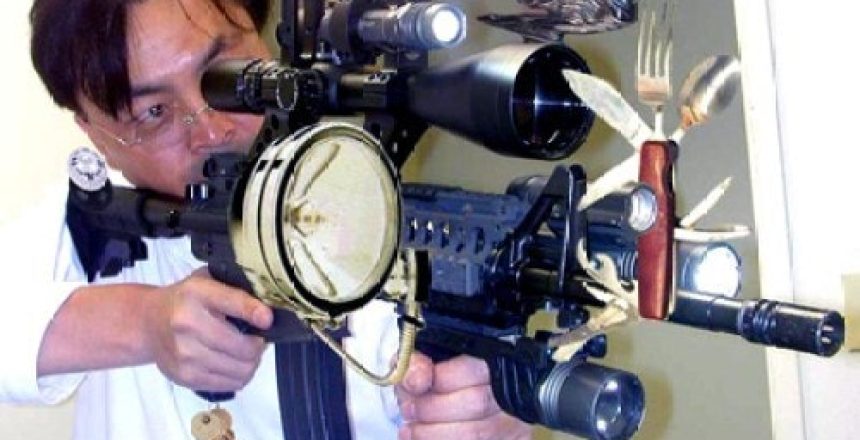 So, here’s the problem with conspiracy theories: their detractors seem to assume that conspiracies do not exist. Of course, such detractors would tell you that they fully believe in conspiracies, but if they dare to investigate suspected conspiracies, they know that they will instantly become the very thing they despise – conspiracy theorists. For many (even in the church), it seems more reasonable to take the approach of determined ignorance concerning the issues of our day because if they were to face the truth, they would have to respond to it. See, the issue is not that they do not believe conspiracies are out there. The real issue is the inability to know what to do, if they come face to face with the truth because truth calls for a response. And, only brave people do that.  So to proverbially stick one’s head in the sand is the better option, so they won’t have anything in common with the backwoods, AR15 toting, tobacco chewing prepper that they read about on the internet.

But, things keep happening in our world – big things, and that backwoods prepper with the rifle may not be crazy.

Woe to them that are at ease in Zion…Ye that put far away the evil day, and cause the seat of violence to come near (Amos 6:1,3).

One thing I learned in these past two years is this – life can change. In an instant, the world you once lived in can change, and if you are not ready for that change, you will fall victim to whatever “conspiracy” caused the change. Remember the riots of 2020? The media would like you to forget them. It was the daily headline back then, and we all were in awestruck grief as images of burning American cities were broadcast on our TV screens. For the people in those locales, doomsday had come. Houses were burned down. Businesses were looted. People were dragged into the streets and beaten. Soon after, we began hearing of collusion. We began to hear about the Steele Dossier. We heard of Trump talking to the president of Ukraine, and some espionage issues with Russia (I’m sure this has NOTHING to do with what’s going on today…yeah). Then, the president was impeached by the majority Democrat House of Representatives. Investigations continued and then…we started hearing news reports about people getting sick, in China. We didn’t care, because…black lives matter. But suddenly, people in Los Angeles were getting sick. Then, New York. Then, hospitals in the heartland began filing up with people with this mystery illness that they called the Wuhan Corona Virus.

They said it originated from Chinese people eating raw bats. Then, they said it was from a lab in China. Then, they said it was racist to claim it was from China so they changed it to COVID19. Then over the next two years, hundreds-of-thousands were dead. Conspiracy theories abounded. Is Dr. Fauci the antichrist? Why does Bill Gates keep coming up? Vax? No vax? Why masks? Are they effective? Are they not? Who was responsible for this? China? North Korea? Trump? The Pleiadeans? Reptilians? Greys? Bigfoot? All the while, things kept happening – big things.

Shall we discuss more? The Capital incursion? Mask and Vax persecution in Australia? Canada? New York City? Lockdowns? Church closures? The abrupt end of COVID19 (how’d that happen?)?  Friends…times have changed. The evil day keeps coming over, and over again. And now, we have the term, “WWIII” floating around more times than I am comfortable with. Russia has began its war on the West, but the West is not willing to escalate things. Big things are happening, but the opposition is not willing to engage. And here is where the Church comes in. Just like the corrupt, lost world, in an effort not to escalate things, many churches are not willing to engage, but have taken the posture of putting their head in the sand – and act as though this is wise. Let’s not make this same mistake at First Love Fellowship. Do not put far off the evil day (Amos 6:1,3). Here are some things we must do, right now.

First, be strong – in every way. Get in shape, now. No excuses. Don’t focus on vin appearances. Getting in shape is about what you can DO, not about how you look. If you need help in this area, ask. Talk to someone. And walk…a lot. Get your body together, starting now! Maybe that’s why we are doing a long Daniel fast, rather than a short, full fast. Get used to eating less-than-luxury, and stop…eating…so…much…sugar. Your body is a vital tool in prepping for a doomsday scenario. You can have hunting knives, a shotgun, survival food, and bunker, but if you cannot walk several miles in an instant, you are not ready. Also, get smart. Yes, read books. Learn your history. Be wise as serpents, but harmless as doves. Agenda-driven crises thrive because of the ignorant. Learn, study, and verify those sources! Also, be strong in the spirit. Make sure your relationship with God is intact. Understand the gospel. Fellowship with God around that EXACT topic. Know it enough to preach it with passion. Plead for revelation of the cross. The scriptures make you wise unto salvation (1 Timothy) The gospel IS the power (Romans 1:16), the sword of the Spirit is the Word of God that you cling to while wearing gospel shoes (Ephesians 6). Let’s walk this gospel out. That’s how you find freedom. Sadly, it is easier to get Christians to arm themselves with guns than it is to get Christians to arm themselves with the gospel. We have to move beyond perpetual inner healing, and into offensive spiritual weaponry – the gospel is that weapon. Jesus came to give you a sword (Matthew 10:34). Use it. Fight from where you are, right now. Your strength is being required of you, right now.

Secondly, there are some practical things you need to have right now. We talked about being in shape, body, soul, and spirit. Still, if you are a prepper, you have to understand what we are prepping for. So, here is the most controversial part of this long article: If you are a Christian prepper, survival is not the priority. The advancement of the gospel, is. Everything we do going forward must be to advance the gospel. It is our only safe place. We do not live to preserve ourselves on this earth. That would be the discipline of the coward. Our priority going forward must be that “…Christ will be magnified in my body, whether by life or by death (Philippians 1:20). So, if we are to be practical, we must ask ourselves this: How do we function as the church while the world gets darker. And ummm…it’s hard to evangelize, teach, prophesy, or shepherd from an underground bunker. Here’s what we need: We need bibles, and lots of them. We need food so we can feed the poor and needy. We need warm clothing and materials for the children to learn more about Jesus and the urgency of the cross. We need people who are willing to get a HAM radio license and preach over the airwaves. I have the radios. I’ll have my license in a few weeks. We must be able to function as the church, in any circumstance.

As for you, there are a few videos that can help you to prepare for really bad times. Take a look at this video series on Preparing for Imminent War. The person who produced the videos is a fellow believer. And, she’s not crazy. Just ask anyone in Ukraine. The videos are not fear-mongering and are very practical. Take a look at them all, for your own sake. But remember, preserve yourself, not for preservation’s sake, but for the advancement of the gospel. That’s how you function as a Christian prepper.