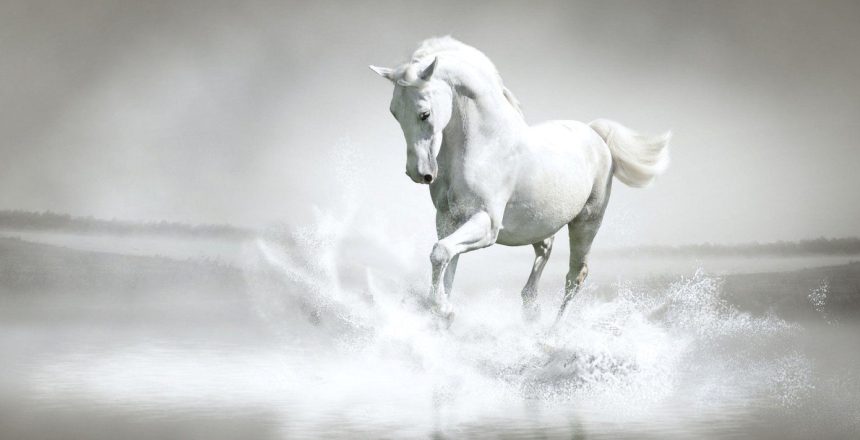 Revelation 19:11-16 is probably my favorite verse in all of scripture. It speaks to the end. It speaks to the culmination of all things. It is the moment when our hero arrives to make final war against the enemy of our souls, and I will by the grace of God, be among those who sit upon a white horse, following Jesus to take back the earth. So will you.

When I read these verses, my imagination runs wild. But, I don’t need to imagine because my heart anticipates a day where this will ACTUALLY HAPPEN! Yes, this is the end of our spiritual warfare. It is the end of the battle. It is the day that you draw your sword to slay the demonic hoards of perversion, abuse, mental illness, cancer, poverty, murder, suicide, and whatever else brings bondage and suffering to the hearts of mankind. It is the day that God Himself lets out His wrath upon everything that has ever tormented you. Again, this day will actually happen, and you will see it with your eyes!

If your heart has ever ached because of the suffering of people all over the world (or, maybe in YOUR world), I want to you to rest, assured. Yes, Jesus will return one day. But afterwards, an even greater day will come. On that day, we will return with Him to reign on the earth. We will return with Him in power, to subdue all of the things that once tormented us.  Imagine the shouts of generations upon generations of totally healed and restored believers on that day! They will sit upon white horses, in GLORIFIED BODIES!  Aborted babies, shout! The mentally disabled, shout! The orphans, shout! The crippled, shout! Victims of holocosts and persecutions, shout! Victims of famines, shout! Drug addicts, shout! The poor, rejected, abused, neglected, diseased…they all will ride forth into the earth to slay the beast who weakened the nations; to slay the beast that weakend…us.

He is the King of Kings, and Lord of Lords. We worship Him. We honor Him. We love Him. I can only imagine One so fierce and dangerous; so powerful looking upon us with an eternity of love in His fiery eyes, telling us to charge! Imagine the trumpets sounding and the hooves of horses in heaven’s armies, thundering in mid-air. Imagine angelic creatures unthinkably powerful, taking up arms to battle alongside us, as they continue to wonder about the great salvation we have in Jesus Christ. That day will come, and you and I will see it.

‘And I saw heaven opened, and behold a white horse; and he that sat upon him was called Faithful and True, and in righteousness he doth judge and make war. His eyes were as a flame of fire, and on his head were many crowns; and he had a name written, that no man knew, but he himself. And he was clothed with a vesture dipped in blood: and his name is called The Word of God. And the armies which were in heaven followed him upon white horses, clothed in fine linen, white and clean. And out of his mouth goeth a sharp sword, that with it he should smite the nations: and he shall rule them with a rod of iron: and he treadeth the winepress of the fierceness and wrath of Almighty God. And he hath on his vesture and on his thigh a name written, KING OF KINGS, AND Lord OF LORDS. ‘ Revelation 19:11-16

PrevPreviousDoomsday Preppers In the Church
NextA Hidden StoryNext
Back to News