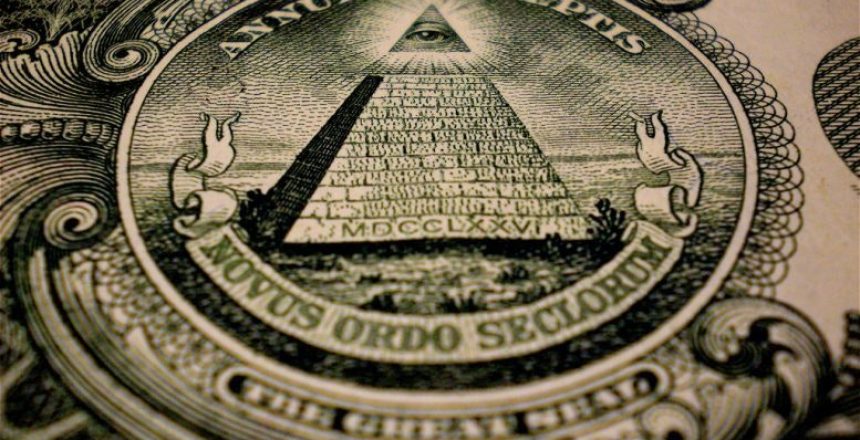 The AHA strives to bring about a progressive society where being “good without a god” is an accepted way to live life. We accomplish this through our defense of civil liberties and secular governance, by our outreach to the growing number of people without religious belief or preference, and through a continued refinement and advancement of the humanist worldview. (American Humanist Association)

Secular humanism is a way of thinking about the world that is entirely non-religious.  It approaches all aspects of life as being understandable through reason, ethics, and justice and completely rejects any reference to or existence of the supernatural or religious, especially in regard to morality.  Secular Humanism specifically asserts that human beings are capable of making moral decisions without any reference to a higher truth.  The tenets of such belief hinge upon the explicit rejection of the idea of faith and urges all to test and question all ideologies and traditions and only rely upon what can be reasonably evidenced via the scientific method.  (United Families)

Secular Humanists only consider the natural world when creating moral foundations. It is a preferred worldview of atheists and agnostics. Atheists do not believe in God, or anything that is called “god.” Agnostics are skeptical about the existence of God, but does not commit to atheism, as such knowledge is unknowable.

Humanism speaks to the priority of the philosophy. It focuses on humans wellbeing, interests, ideas. Humanism does not believe in the human soul. They hold up the scientific method as the most reliable way to verify that which exists in the natural world. You would use this to decide is something were true, or not. Humanists believe that the basis of their morals comes from consequentialism. When ethical choices are made, it is the consequences of those choices that are judged. Meaning, when evaluating what action to take, you evaluate the consequences of those actions, and the precedence that past actions have set. By contrast, they believe religion is based on commands.

They believe in “science.” The problem with this is, not everything that exists can be categorized and analyzed through scientific means. Here’s the scientific method:

That’s their whole religion. It is based on what we see, which is why they don’t believe in the soul. It assumes that everything that exists can be analyzed through the senses. It believes what it sees. And the end of all things is annihilation – and there’s the problem. Death.

Death is the end of the scientific method – the very thing atheists depend on as the basis of their religion. When the heart monitor stops, all of science stops working. They let go of their surgical instruments. They write the time of death. They leave the room. The scientific method leaves no room for death because it is totally out of its hands. The appointment of death ushers every soul to the judgement, which cannot be disproven by science, who knows nothing of the beginning, and nothing of the end. The religion of secular humanism has no authority over that which is out of its reach. Yet, the appointment reaches everyone.

Oh…about that word “religion,” here’s the definition according to Britannica: [Religion is a], human beings’ relation to that which they regard as holy, sacred, absolute, spiritual, divine, or worthy of especial reverence. It is also commonly regarded as consisting of the way people deal with ultimate concerns about their lives and their fate after death. In many traditions, this relation and these concerns are expressed in terms of one’s relationship with or attitude toward gods or spirits; in more humanistic or naturalistic forms of religion, they are expressed in terms of one’s relationship with or attitudes toward the broader human community or the natural world.

Religion does not require a God or gods. It requires devotion, systems, beliefs, and worldviews which one might consider sacred, absolute, and worthy of especial reverence. It deals with ultimate concerns about life and death. Secular humanism falls directly into that category. It is the religion of the godless, and it is everywhere. By removing God from the conversation, it exalts man as god in this world – the creature (according to secular humanists) is the creator of a better world, free from God. Marxists embrace secular humanism, as does the NWO.

First of all, when you search “New World Order,” the first thing you will see is “conspiracy theory.” Here’s occultist (Skull and Bones Society) George H.W. Bush speaking of the New World Order (go to 02:40). So, it’s real. He was speaking about the actions of the United Nations, saying “The UN…to fulfill the promise of its founders.” The UN’s founders (at least, in part) are: 32nd degree mason, Franklin D. Roosevelt, and Master Mason, Winston Churchill. It can be argued that Roosevelt (the founder of the original New Deal) is the father of secular, leftist politics in America. THere’s too much to talk about, here. You’ll have to look him up. In short, the end of WWII was the beginning of a new world order in which the American and Western European secularist elite became the prominent power on earth. It has been so, until today. The NWO isn’t something new. It pertains to the influence of new, secularist philosophy that has infiltrated every sector, even religion. Here’s a beautiful song about the New World Order, straight from the UN. It’s amazing how we keep hearing those words “New World Order” in connection to the UN.

You may have guessed by now that the factions that are fighting each other in Europe are not just Russia and Ukraine. The factions are actually Marxism and NWO – both whose philosophies are centered around secular humanism. Don’t let anyone tell you that war is always about God. These two factions are two sides of the same coin. Still, the one who flips that coin every few decades is the grand-daddy of them all – Freemasonry. We’ll talk about that next week.

For the wrath of God is revealed from heaven against all ungodliness and unrighteousness of men, who hold the truth in unrighteousness; because that which may be known of God is manifest in them; for God hath shewed it unto them. For the invisible things of him from the creation of the world are clearly seen, being understood by the things that are made, even his eternal power and Godhead; so that they are without excuse: because that, when they knew God, they glorified him not as God, neither were thankful; but became vain in their imaginations, and their foolish heart was darkened. Professing themselves to be wise, they became fools, And changed the glory of the uncorruptible God into an image made like to corruptible man, and to birds, and fourfooted beasts, and creeping things. Wherefore God also gave them up to uncleanness through the lusts of their own hearts, to dishonour their own bodies between themselves: who changed the truth of God into a lie, and worshipped and served the creature more than the Creator, who is blessed for ever. Amen. For this cause God gave them up unto vile affections: for even their women did change the natural use into that which is against nature: and likewise also the men, leaving the natural use of the woman, burned in their lust one toward another; men with men working that which is unseemly, and receiving in themselves that recompence of their error which was meet. And even as they did not like to retain God in their knowledge, God gave them over to a reprobate mind, to do those things which are not convenient; being filled with all unrighteousness, fornication, wickedness, covetousness, maliciousness; full of envy, murder, debate, deceit, malignity; whisperers, backbiters, haters of God, despiteful, proud, boasters, inventors of evil things, disobedient to parents, without understanding, covenantbreakers, without natural affection, implacable, unmerciful: who knowing the judgment of God, that they which commit such things are worthy of death, not only do the same, but have pleasure in them that do them. (Romans 1:18-32)

PrevPreviousHearing from God?
NextDoomsday Preppers In the ChurchNext
Back to News