Inquiry Prayer and Praying in the Spirit 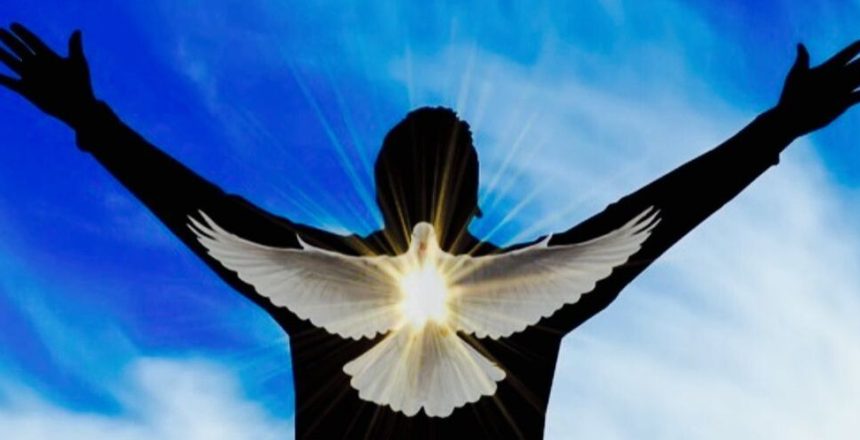 Excerpt from Prayer, Fasting and Spiritual Warfare by George Akalonu:

As we continue to mine the depths of this critical topic, it is needful that we take a little time to be challenged on two dimensions of prayer which will change us for good and equip us with the capacity to pray with certainty. If we grasp the concepts to be discussed in this Chapter and practice them to excellence, there will be no more wearing out of ourselves in praying in a ‘hit and miss’ fashion. We will rather hit the mark always and enjoy our times of encounter with the Supreme Ruler of the universe who wants to exercise His Authority through and with us as Ambassadors of the Kingdom of heaven in the earth realm!
Inquiry Prayer
Where we do not have an idea of what the will of Yahweh is, the right thing to do is to go into inquiry mode. In inquiry prayer, we desist from clutching at any position or opinion. Rather, we come before our heavenly Father in a childlike manner to
ask what His will is. If we cultivate the habit of hearing and knowing His voice, He will speak expressly and we will hear it. David was a man who Yahweh approved greatly.
Part of the reason He found favour with Yahweh is, we believe, his constant tendency to inquire of Him whenever he was between two directions, thus avoiding presumption and supposition which could be deadly. The life of David teaches us an important principle of enquiry prayers: never take His will for granted and never rely on an old pattern for a fresh challenge or assignment. Let us examine a passage where David faced two problems and in each case was saved because He inquired from Yahweh and did not trust his own judgement or intuition. In these last days when Satan would let loose the full arsenal of evil at his disposal, we must learn the great safety in being in the centre of the will of our heavenly Father in all things, including prayer!

Philistines into thine hand.5 So David and his men went to Keilah, and fought with the Philistines, and brought away their cattle, and smote them with a great slaughter. So David saved the inhabitants of Keilah” 1 Samuel 23:1-5

David did not just proceed presumptuously to fight the Philistines. He needed a word from Yahweh. Once He heard the word of Yahweh, he acted promptly and gained victory. It is also interesting as we shall see in verses 7-13 of the same passage that when Saul came to besiege the same city of Keilah that was saved by his intervention, David did not assume their loyalty. He inquired of Yahweh if he would be betrayed by the same people he saved. Once Yahweh signalled the truth, David immediately fled, thus saving himself unnecessary trouble.

“6 And it came to pass, when Abiathar the son of Ahimelech fled to David to Keilah, that he came down with an ephod in his hand.7 And it was told Saul that David was come to Keilah. And Saul said, God hath delivered him into mine hand; for he is shut in, by entering into a town that hath gates and bars. 8 And Saul called all the people together to war, to go down to Keilah, to besiege David and his men. 9 And David knew that Saul secretly practised mischief against him; and he said to Abiathar the priest, Bring hither the ephod.10 Then said David, O LORD God of Israel, thy servant hath certainly heard that Saul seeketh to come to Keilah, to destroy the city for my sake.11 Will the men of Keilah deliver me up into his hand? will Saul come down, as thy servant hath heard? O LORD God of Israel, I beseech thee, tell thy servant. And the LORD said, He will come down. 12 Then said David, Will the men of Keilah deliver me and my men into the hand of Saul? And the LORD said, They will deliver thee
up.13 Then David and his men, which were about six hundred, arose and departed out of Keilah, and went whithersoever they could go. And it was told Saul that David was escaped from Keilah; and he forbare to go forth”. 1 Samuel 23:6-13

Let us also read another account of how one of the most accomplished military Commanders to walk on earth responded to an emergency situation which involved the carrying away into captivity of his own household. Ego and anger could have driven David to act rashly but he had the presence of mind to inquire from Yahweh which way to go.

“And it came to pass, when David and his men were come to Ziklag on the third day, that the Amalekites had invaded the south, and Ziklag, and smitten Ziklag, and burned it with fire; 2 And had taken the women captives, that were therein: they slew not any, either great or small, but carried them away, and went on their way. 3 So David and his men came to the city, and, behold, it was burned with fire; and their wives, and their sons, and their daughters, were taken captives. 4 Then David and the people that were with him lifted up their voice and wept, until they had no more power to weep. 5 And David’s two wives were taken captives, Ahinoam the Jezreelitess, and Abigail the wife of

Nabal the Carmelite. 6 And David was greatly distressed; for the people spake of stoning him, because the soul of all the people was grieved, every man for his sons and for his daughters: but David encouraged himself in the LORD his God. 7 And David said to Abiathar the priest, Ahimelech’s son, I pray thee, bring me hither the ephod. And Abiathar brought thither the ephod to David. 8 And David enquired at the LORD, saying, Shall I pursue after this troop? shall I overtake them? And he answered him, Pursue: for thou shalt surely overtake them, and without fail recover all. 9 So David went, he and the six hundred men that were with him, and came to the brook Besor, where those that were left behind stayed” 1 Samuel 30:1-9.

To pray inquiry prayers sincerely, our heart disposition must first be that of willingness to obey, no matter what Yahweh says. You cannot pray inquiry prayer with an existing idol of your preferred answer in the heart, otherwise, Yahweh will answer you according to what you want! In other words, He will not say anything but allow you to be deceived by your own deceptive heart!

This principle is further amplified in an encounter Prophet Ezekiel had with elders of Israel who came to him, supposedly to inquire of Yahweh but had their hearts and minds stuffed with their own agendas. Yahweh is very emphatic that He would allow such people to be deceived and caught in their own craftiness.

“Then came certain of the elders of Israel unto me, and sat before me. 2 And the word of the LORD came unto me, saying, 3 Son of man, these men have set up their idols in their heart, and put the stumblingblock of their iniquity before their face: should I be enquired of at all by them?4 Therefore speak unto them, and say unto them, Thus saith the Lord GOD; Every man of the house of Israel that setteth up his idols in his heart, and putteth the stumblingblock of his iniquity before his face, and cometh to the prophet; I the LORD will answer him that cometh according to the multitude of his idols;5 That I may take the house of Israel in their own heart, because they are all estranged from me through their idols” Ezekiel 14:1-5”.

In this matter of inquiry prayer, our best example again is our King and Savior, Yeshua Ha Mashiach, Jesus the Messiah! He clearly divested Himself of the ability to think independently of the Father and by doing so, learnt obedience by the things He suffered. Hebrews 5:8. A classic example of this lifestyle was the issue of Calvary when the time was due. At Gethsemane, we see Yeshua in His humanity commit the ultimate decision of whether to go forward or not to the Father .Matthew 26:36-46

It is important that those who form the habit of reading and applying instructions on prayer and spiritual warfare based on the experience of mere human beings, no matter how mightily used of God they may seem with prayers that are documented as prayer books or manuals, to realize that they can be easily led astray. It is
far better to understand the Scriptures and have them made flesh in us so that when we are faced with peculiar challenges, no matter how similar to our past, the
Holy Spirit alone becomes a reliable compass to interpret the whole counsel of Yahweh already deposited in our spirit and soul to chart the way forward. Let us therefore build our faith on the Word and the Holy Spirit rather than on the opinions of mere mortals! John 14: 15 – 18, 26; John 16: 12,13
Praying in the Spirit
Far more significant than inquiry prayer is the sweet practice of praying in the Spirit. This is not necessarily the effusion of fleshly display found in many Pentecostal and Charismatic circles where people try to show off their skills by publicly speaking in tongues, drawing gaping admiration and ignorant applause from those who are not mature in the faith!
If we are willing, the Holy Spirit undertakes the serious assignment, when we yield completely to Him, to take over the exercise of praying from us! This is what is referred to as praying in the Spirit. Here, the Holy Spirit – who knows the mind of the Father on the Throne of Grace –comes upon the yielded saint in earnest
prayer mode, borrows the vocal cord and brings forth prayer in unlearned tongues which ascends with express speed to Yahweh and receives His speedy response.
That is the point made in these two scriptures.

saints purport to flow in this blessed experience. True praying in tongues is an original and creative release of prayers inspired by the Holy Spirit who cannot be monotonous. The Holy Spirit may also choose to bring forth the words of prayer in deep groaning that cannot be uttered.

Major Benefits of Praying in the Spirit

“20 But ye, beloved, building up yourselves on your most holy faith, praying in the Holy Ghost” Jude 20

Oh, that we may learn to give way to the Holy Spirit! Then He will simply bypass our minds, the seat of reasoning and simply speak through our tongues. No wonder there is such a refreshing, peace and joy whenever we truly pray in the Spirit. There is no tiredness because the prayer is not done by might or by the power of the flesh (exertion of the mind and will which is engaged when forming words and logic in natural prayer).
We also pray in the Spirit when we forgo our agendas, let go and
surrender our entire wills to the Holy Spirit to lead us on as to what to ask for. In this state, we are so sensitive to His promptings that we do not exceed the circumference of the prayers He charts for us! He thus ministers to us what we need to ask for in prayer.