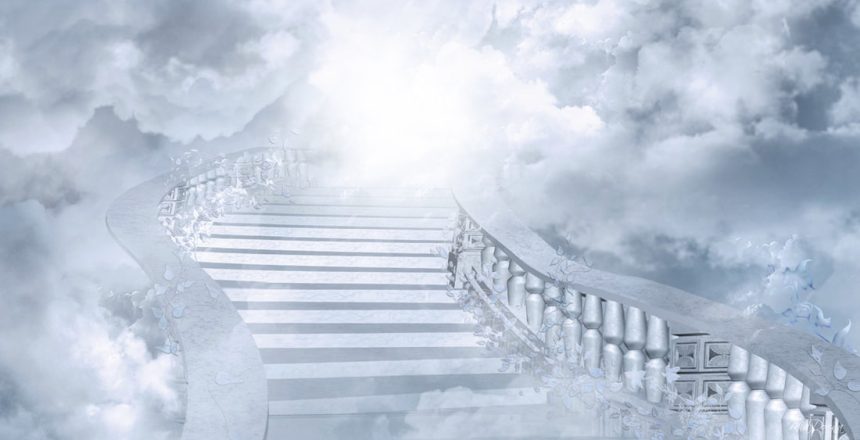 We have finally made it to the last of the foundational principles: Eternal Judgement. I know…you can probably assume that this will be all fire and brimstone. But actually, eternal judgement looks a lot different for the believer — especially those who have been obedient to God’s purpose, to which they are called. So, we are going to jump head-first into the “fire and brimstone” part, and honestly, it isn’t much different from what you may have heard. In fact, it’s ugly. Still, if you are a believer, the horror of hell should only motivate you to give your life to pulling others “out of the fire.” You are safe.

So, let’s start with the Great White Throne judgement!

Then I saw a great white throne and Him who sat upon it, from whose presence earth and heaven fled away, and no place was found for them. And I saw the dead, the great and the small, standing before the throne, and books were opened; and another book was opened, which is the book of life; and the dead were judged from the things which were written in the books, according to their deeds. And the sea gave up the dead which were in it, and death and Hades gave up the dead which were in them; and they were judged, every one of them according to their deeds. Then death and Hades were thrown into the lake of fire. This is the second death, the lake of fire. And if anyone’s name was not found written in the book of life, he was thrown into the lake of fire (Revelation 20:11-15).

If you are a believer, this is not your fate. This great white throne judgement is the fate of the ungodly, unrepentant sinner. Such people are judged according to their works on the earth. As a result, their every sin is brought before them. There is no escape from this judgement. It is the precursor to eternal damnation. Sadly, nearly all of us know someone who will face this throne while still in their sins. This is why we have an urgency to share the most important message in the history of mankind — the gospel.

Jesus gives warning of this terrible and FINAL judgement. This lake of fire was not prepared for human beings. It was prepared for the devil and his angels. Sadly, people cling so tightly to the enemy, that they face the same judgement.

Then He will say to those on His left, ‘Depart from Me, you who are cursed, into the eternal fire prepared for the devil and his angels (Matthew 25:41).

“…the Lord Jesus shall be revealed from heaven with his mighty angels, in flaming fire taking vengeance on them that know not God, and that obey not the gospel of our Lord Jesus Christ: who shall be punished with everlasting destruction from the presence of the Lord, and from the glory of his power; when he shall come to be glorified in his saints, and to be admired in all them that believe (because our testimony among you was believed) in that day” (1 Thessalonians 1:7-10). (Notice that in this verse, it gives a distinction between the fate of the unglodly, and the fate of the godly in the same verses.)

While we can clearly see the damnation of those who do not know God or obey the gospel, there is admiration in all who believe! This means that judgement day for the believer is a great day! It is a day of glorious victory!

But why dost thou judge thy brother? or why dost thou set at nought thy brother? for we shall all stand before the judgment seat of Christ. For it is written, As I live, saith the Lord, every knee shall bow to me, And every tongue shall confess to God. So then every one of us shall give account of himself to God. (Romans 14:10-12).

We will stand before the judgement seat!

It sounds like a terrifying day, but is it? The greek word for “judgement seat” is the word “bema”. It is different from the word used for judgement throughtout the gospels (krisis), which speaks to damnation and condemnation. The term, Bema, speaks to a judgement as you would see in an Olympic game. It is literally a raised podium from which judgements are made for reward. From here, the “least” and the “greatest” in the kindgdom of heaven are determined (see Matthew 5:19).

For we must all appear before the judgment seat of Christ; that every one may receive the things done in his body, according to that he hath done, whether it be good or bad.Knowing therefore the terror of the Lord, we persuade men; but we are made manifest unto God (2 Corinthians 5:10-11).

See? “But, we…”. Again, there is a distinction between we, and the ones we are trying to persuade. We are made manifest to God. The “terror” is why we persuade those outside of His will. THe judgement seat of Christ is not a place of fear and condemnation for the believer. We will not have all of our sins recounted before us, all over again. God has said that you “…sins and iniquities, He will remember no more.” So, why would He bring up our past, blood washed, forgiven past again? It is gone, and resolved. Christ’s “Bema” is not a seat of trembling and punishment. This (I believe) is where you get your rewards.

As you can see, we ought to rejoice in the glorious future that lies ahead. The day of judgement will be a delight and rejoicing for those who believe. Even as we give account of all o our works, whether good or bad, our soul shall be saved!

According to the grace of God which is given unto me, as a wise masterbuilder, I have laid the foundation, and another buildeth thereon. But let every man take heed how he buildeth thereupon. For other foundation can no man lay than that is laid, which is Jesus Christ. Now if any man build upon this foundation gold, silver, precious stones, wood, hay, stubble; every man’s work shall be made manifest: for the day shall declare it, because it shall be revealed by fire; and the fire shall try every man’s work of what sort it is. If any man’s work abide which he hath built thereupon, he shall receive a reward.If any man’s work shall be burned, he shall suffer loss: but he himself shall be saved; yet so as by fire (1 Corinthians 3:10-15).

Your works will be judged, but you, yourself, shall be saved! What you do with your life can either be gold, silver, and precious stones, or it can be wood, hay and stubble. It will all be tried by fire. The Day shall declare your works. Whether you are great of the least in the kingdom is dependent on your obedience to God on earth. But again, if you are a believer, your soul shall be saved!!!

Question: What is your greatest concern about the Day of judement?

PrevPreviousCan the Dead Be Raised?
NextContending with BabylonNext
Back to News